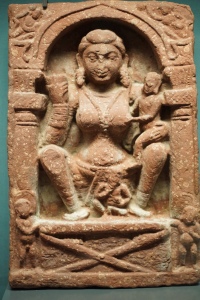 A captured and stolen history can be found in Oxford. Its museums, galleries and universities; pool, collate, and collect culture. Its own British Empire heritage and that of its once discovered or conquered limits. All boxed and viewed in glass. It holds it up showing it off and in its own way Oxford holds itself up in high regard.

Is it always beauty and class?

I hold education in high regard. I am in awe of well cultured and educated people. I want to be educated too. Even if I am only from a council estate in middle England.

We took the opportunity to be on a coach trip to Oxford and see the free wealth of culture. I enjoyed being part of the art class again, only this time not as their art technician but as a student instead.

Architecture in historical abundance is the result of a stone built medieval town in England; small enough to explore on foot. History and education side-by-side in my favourite place, Radcliffe Square. After coffee and delicious homemade cakes in the Vaults & Garden, in the crypt of the University Church we had recovered from the long coach trip. We were now sketching people busy in the open market along the street.

The distance travelled in traffic jams I dislike a great deal. Oxford was built long before the combustion engine was invented. So motor vehicle access is restricted and parking expensive. Walk or cycle instead is the preferred mode of transportation for most.

My academic and creative brain went wild in an atmosphere cram packed with stories and mysteries from the ages gone by. I was so tired when I got back to the coach.

The light of the Ashmolean museum full to the brim with world Art. It made my eyes water they could not physically stare any longer over the patterns and shaped culture and beauty. The natural history museum’s open hall and stone-flagged floors contradicted to the dark and depths of Pitt Rivers snug atmosphere comparable to a Cotswold farmhouse. This one building brought me to the floor in stunned admiration. I had wondered around learning about evolution, and why animals have developed the way they have according to their environments (I felt like a boffin in the making) when I walked haphazardly through a carved archway. This was like having been drinking crisp bitter tea, then shoving a tray of dark chocolate sweets into one’s mouth. Pitt Rivers museum is a part of the natural history building yet is very different. A deep dark jungle of discovery that had belonged to one very enthusiastic collector. Many items are displayed together at once. There is no sorting except for the helpful staff “pots and pans there, boats over here, jewellery, swords, shields, are on the next floor and the Gods are to the left of the big totem pole Madame”- my case in point.

So I don’t know which kind class you may be. However, I’m sure in Oxford you will find beauty.